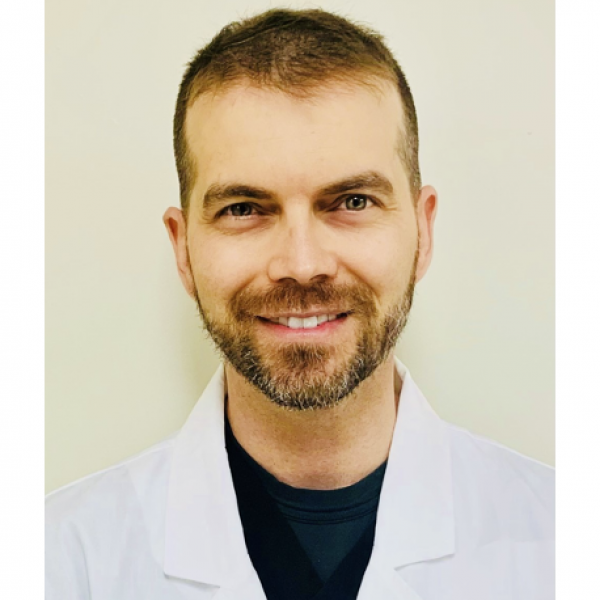 Dr. Steve Austad DO graduated from Weber State University in Ogden, Utah, with a degree in Spanish and a double minor in Chemistry and Zoology. He attended medical school at Midwestern University in Glendale, Arizona, before completing a transitional year internship at Naval Medical Center San Diego. Following his internship, he completed the Naval flight surgery training program in Pensacola, Florida. He subsequently served as a flight surgeon and medical department head for VMA-211 and VMFA-121 at Marine Corps Air Station Yuma, Arizona, and later with VX-9 in China Lake, California. While on his last assignment, he attended UCLA and completed a Master’s degree in Business Administration. He separated from active-duty service, earning his Fleet Marine Force qualification and receiving the National Service medal, the War on Terror medal, multiple Commendation medals, and rifle and pistol qualifications. He continued his military service as a Navy reservist while completing his Dermatology residency training at Prime Health Consortium/Chino Valley Medical Center and graduated residency in 2022.

Dr. Austad has over ten years of combined clinical experience as a physician. He is especially interested in procedural dermatology, including surgical and cosmetic modalities. He is a member of the American Academy of Dermatology and the American Society of Dermatologic Surgery.

Dr. Austad is fluent in English and Spanish, having lived abroad in Mexico for two years prior to his medical training. His other extracurricular interests include listening to and playing music, flying, traveling, skiing, and anything outdoors.